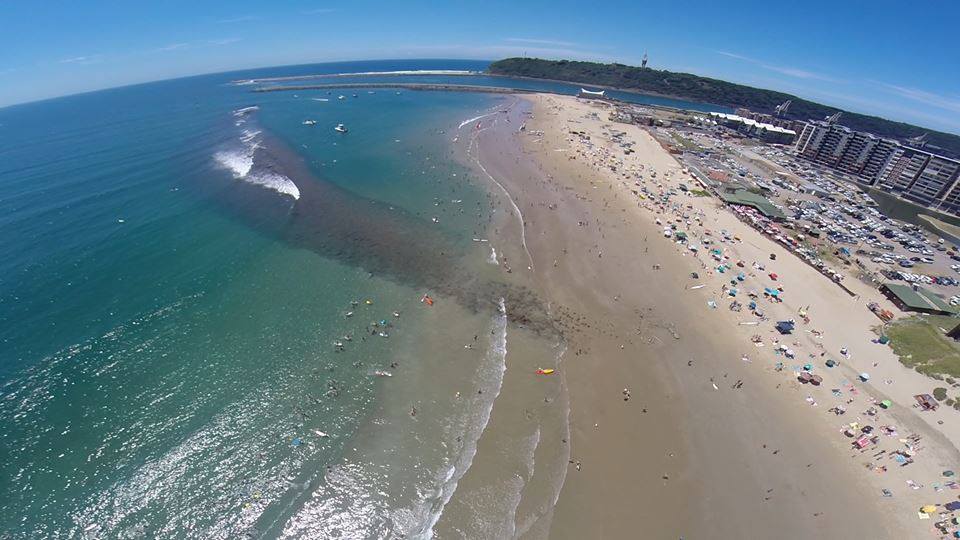 Posted at 10:25h in News by DBNWalkTours 0 Comments
0 Likes

Vetch’s Pier
Let me start by saying none of these aerial photos are mine, they have done the rounds on Facebook for many years. Only one photo is mine taken 3 years ago on a helicopter flip (my father’s wish for his 90th birthday!).

The sand bar saga at the entrance to Durban’s harbour was a problem spanning almost 60 years. In 1861 Captain James Vetch’s failed attempt to sort out the sand bar in my opinion is our win today. Captain James Vetch never visited Durban yet his design which cost the Colony an awful lot of money was eventually abandoned in 1864.

I love this piece written by George Russel in 1898 in his book History of Old Durban: “The useless pier of a Captain Vetch, Royal Engineer, was the result, adding some 36,000 Pounds to the public debt of the Colony. All that now remains of that costly job of timber staging and Umgeni rubble stone, is the dismantled crescent-shaped “barrier reef” visible at half tide, running out from Back Beach (what we now call South Beach).

The Armadale Castle was the first mail steamer to cross the bar at Durban harbour in 1904.